38 year old Solomon Haumono has quietly put together an impressive sporting resume. He played over 100 games at NRL level across 4 different clubs as well as playing almost 50 games in the English Super League. Haumono having also represented his state in the Super League Origin Tri Series and famously represented both Australia (Super League) and Tonga at international level surprised many by returning to boxing after his time with the London Broncos.

Since returning to the ring Haumono has compiled a record of 19-2-2 from 23 professional fights with 17 KO’s. He added the OPBF Heavyweight and Australian Heavyweight Titles to his impressive list of achievements with 10th round stoppages over Michael Kirby and Frankin Egobi respectively. Known for his size and power Solomon has put together a list of highlight reel knockouts. We spoke to the boxing heavyweight about his career, his nephew Blake Ferguson and his desire to be World Heavyweight Champion:

Monstasport.com: You’re coming off an early stoppage victory over the dangerous Marcelo Nascimento, how is the body feeling after your latest victory?

Solomon Haumono: Yes my body is feeling good with the time off. I had niggley injuries going into the fight. It has let my body heal and gearing up for my next challenge.

Solomon Haumono: I started just my strength and conditioning again and being a sparring partner for Alex Leapai as he gets ready for his World a Title eliminator. 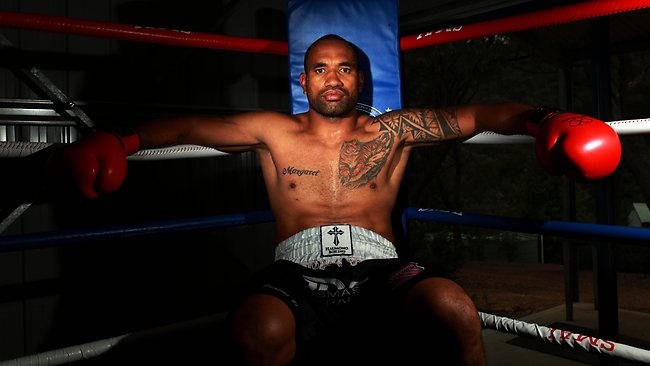 Monstasport.com: Many people compared your boxing career to that of John Hopoate, even though you had been boxing for many years before Hopoate made the switch, against higher class opponents. Was there ever a chance of the two of you meeting in the ring?

Solomon Haumono: Me and Hoppa are like brothers and I would never get in the ring against him. I remember whilst in Mundines camp they offered me a 6 figure purse and said it was business. I know there was a lot of interests for it to happen but I still didn’t accept.

Solomon Haumono: No, my mind was set on finishing my agreement and extending. I had my desire to lace up again but it wasn’t until Choc started to express interest to sign me up to join his stable that it made me really think about reaching my goals in the boxing ring again.

Monstasport.com: Having played, very proudly, for Tonga, how do you rate their chances at this world cup? Is this the best Tongan side you’ve seen?

Solomon Haumono: I have had the privelage of being captain and that is something I hold with the upmost respect. I thought Tonga would be the team to fly under the radar and pop up final time. Unfortunately they missed out. They had a slow start but got into it as the a World Cup progressed. They are a young team and I believe the experience is more important looking to the future.

Monstasport.com: Having played for Manly during 2 spells in your career, how did you rate their efforts this season? Did you feel Manly had the grand final won at any time?

Solomon Haumono: I loved playing for Manly and I still support them now. Proud of what they achieved and especially for Geoff Toovey being his rookie year as coach.

Monstasport.com: Reports say that although tough, the Super League is not up to the week to week intensity of the NRL, what do you think of this statement?

Solomon Haumono: I think it has picked up from when I played. The NRL has every team able to compete and hold there composure for the full 80 mins. I think it’s only the top 4-6 teams in the Super League that can do that week in week out. The Super League isn’t as cleaned up, so it makes it more like what the game was built upon originally. Sport not entertainment it’s everyone’s individual preference.

Monstasport.com: Your nephew Blake Ferguson had the world at his feet, even representing NSW before he let off field problems get the better of him. He seems to have a strong support network surrounding him, do you feel he will be back on the field in 2014? 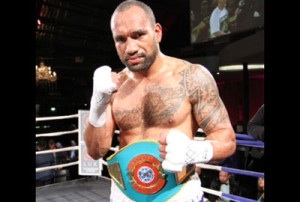 Solomon Haumono: We are hoping, as a family. He will grow into the man he can be. We all know what he can do on the field but we want him to choose wisely and make better decisions for life off the field. We are always praying for him.

Monstasport.com: What did you make of the unfortunate events that lead to the Mundine/Mosley fight being cancelled?

Solomon Haumono: Yes, it’s unfortunately the negatives of what our sport brings. I just hope they bring a buzz to the performances they both display on the night. At the end, one arm will be raised. The outcome from this? Boxing is the winner!

Monstasport.com: At 38 you aren’t showing any signs of slowing down, do you still want to fight for titles in the future?

Solomon Haumono: The Lord has given me talent and that is through sport. I am very fortunate to still be doing what Im doing now at 38 and I won’t stop till I have a World Championship belt!

Having just stopped the dangerous Mercelo Nascimento, Haumono is back in training and has made it clear he is looking for big fights. With an exciting few months for Aussie boxing coming up make sure to keep an eye out for Haumono who seems to sneak under the radar due to his kind nature outside of the ring. Send him a message of support on twitter @SolomonHaumono

Rangi Chase Dropped, But Is It Too Late? St George/Illawarra Dragons Set To Turn Their Back On Win Stadium And Kogarah Oval