Cronulla Sharks Score A Try On The 7th Tackle

The Cronulla Sharks have scored a try on the 7th tackle in their finals match against the North Queensland Cowboys.

This is the second year in a row that this has occurred to the Cowboys in the finals.

The error, which has been confirmed as a referring blunder, can be seen here in a picture that was sent to me on twitter by @immortalbulldog: 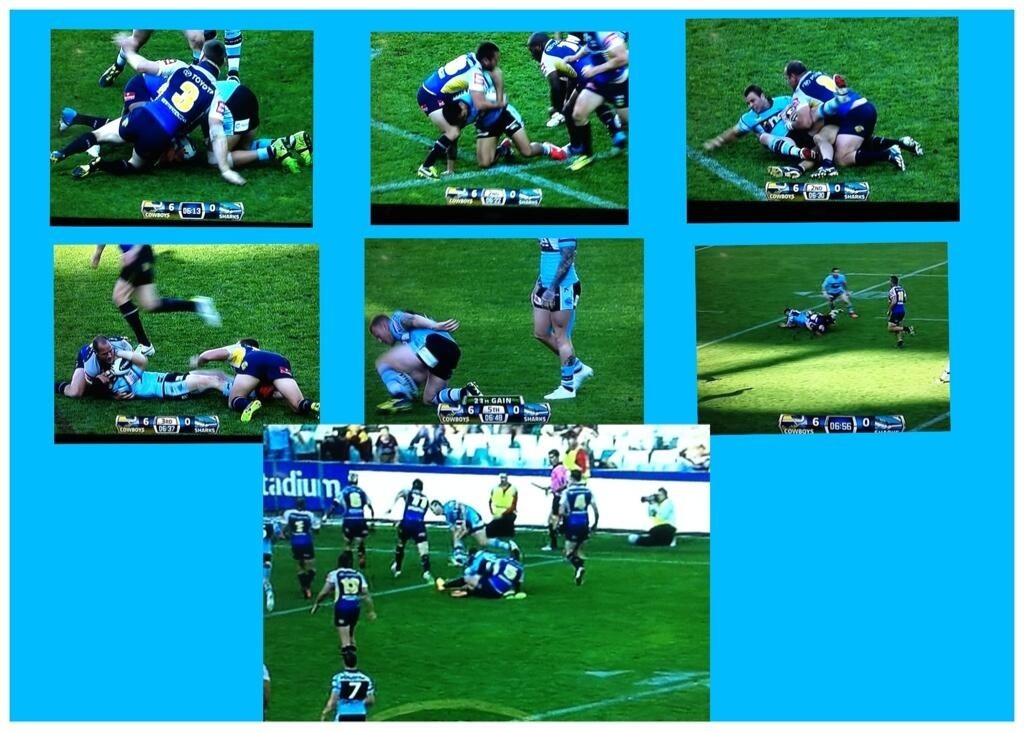 What a shocker by the referees!