Betfair And IOC Cooperate To Tackle Corruption At The Olympics 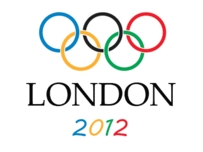 The International Olympic Committee (IOC) has recently formed one such partnership with Betfair to stamp out corruption at the Olympics.

The partnership will see both organisations sharing information over a wide range of sports leading into, and during, the 2012 Olympic Games which will be held in London.

Most betting organisations are very quick to flag unusual betting practices and we have seen in recent years with other sports, they will refuse bets and close markets if they feel something untoward is going on.

With the Olympic movement opening itself up to a number of more popular sports in recent time, it has also opened itself up to new audiences.

Sports betting is a growing industry world wide and online betting on sports as well as online casino‘s are trying to work with sporting organisations to forge relationships that are beneficial to both parties.

There is no doubt that in 2012 the IOC has finally stepped up to the mark to protect the integrity of competition at the Olympic Games.

The Olympics is the biggest sporting event in the world. With all eyes focused on two weeks of sporting competition it is imperative that the IOC continues to stay one step ahead of people who would want to have any sort of untoward influence over results.

Thankfully, it seems they are doing just that.

Great Britain is slowly gearing up for the opening ceremony and they have already stated that their one major goal at the Olympic Games is to beat Australia on the medal tally.

There is no chance of this happening!

I think we will see Australia take a hit in the pool though which our track and field squad may do a little better than expected.

The Olympics is part of what is being called a “Golden decade of sport” in Great Britain. At the end of the day the number of gold medals Great Britain win may ultimately decide how people look back on the 2012 games.