Outsiders With The Potential To Shine When The NRL Returns

We were only two games into the season when the NRL was forced into an unexpected hiatus, but there were already plenty of pointers for how things might pan out, now when we have the squads already concluded for all clubs.

A packed programme and Grand Final might still seem a long way away but those first few battles made for exciting viewing. Parramatta Eels, Newcastle Knights, Canberra Raiders, Melbourne Storm, Brisbane Broncos and Penrith Panthers all made it two from two. In contrast, defending champions, Sydney Roosters are yet to get off the mark.

Roosters are already the early season favourites at the Australian selection of betting sites to follow up on their 2019’s victory. They stormed to a 15th title and became the first team to win back-to-back grand finals when putting Canberra Raiders to the sword at Stadium Australia.

It’s going to be hard to look past the likes of the Roosters, Storm, and Sharks once again, but don’t rule out a few surprise packages if the opening clashes are anything to go by. Here we look at the teams that have shown some promise during the early throes of the campaign. 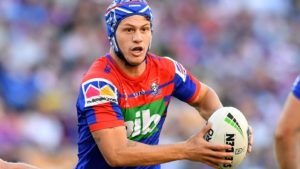 Newcastle Knights
The Knights started brightly with two wins from two. They cruised to a 20-0 shut-out success over the Warriors and followed that with 42-24 win in Sydney over the Wests Tigers. Impressive displays from skipper Mitchell Pearce hint that an improved season could be on the cards.

Knights came 11th last season but could well be pushing to make the finals series this time around. They are priced around the 18/1 mark for overall success and might be a dark horse in the race if building on the opening two contests.

They will have to deal with the suspension of powerful runner Kalyn Ponga when the action gets back underway but could be boosted by the return from injury of backrower Mitchell Barnett.

The 25-year-old had surgery after picking up a nerve injury in his neck against the Wests Tigers, but the two-time Danny Buderus medal-winner is well along in his rehab. Hooker Jayden Brailey’s knee injury will keep him sidelined but don’t rule out an introduction sooner rather than later for impressive prospect Tex Hoy. 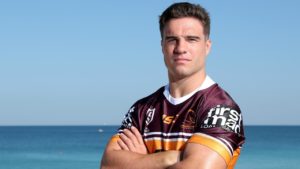 Brisbane Broncos
Another team that has shown good potential are the Broncos. They landed successive wins to get the season off to a flying start. First came a battling victory over the Cowboys before an eye-catching win against last season’s prelim finalists the Rabbitohs.​

Centre Kotoni Staggs already has four tries to his name and leads the linebreak rankings. With fullback Jamayne Isaako leading the early linebreak assists, you can see Brisbane are already clicking as a unit. If they can maintain those levels as the season progresses, then they are another side that could do much better than their Elimination Final loss in 2019.

Broncos are priced around 12/1 to end their recent title drought and will be keen to pick up where they left off before the season delay. Key to that will be former Melbourne halfback Brodie Croft. He should have recovered from a shoulder injury and be raring to go. Further improvement can come with the return from injury of new captain Alex Glenn and prop Matt Lodge. 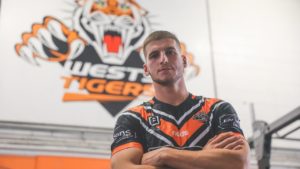 Wests Tigers
The Tigers have won one and lost one so far this season, but more improvement could be on the cards. Losing out to the Knights was a blow, but there was a lot to like about their opening day victory against the Dragons. They are a team packed with potential as long as they can quickly improve their discipline levels and find the right combinations to realise it.

Wests Tigers finished one place outside a finals berth the last term but can get in the shake-up this time around. They are the bigger price of the three selections here at 25/1 but can still maketheir presence felt, especially after the arrivals of Joey Leilua and Adam Doueihi. Leilua getting into stride will be crucial to how Tigers’ season develops. Doueihi, meanwhile, could be set for a switch to fullback with Corey Thompson handed the wing role as coach Michael Maguire looks to hit on a winning formula.
.