So lets not pretend that we need to permanently move the Grand Final out of Sydney or that there is any great desire for this to happen.

The NRL has said it is likely the Grand Final would be played elsewhere while ANZ Stadium is being redeveloped, and that isn’t too much of a concern for me. It is quite the opposite, I see it as a chance to play the Grand Final elsewhere, knowing it is only temporary, and who knows, Rugby League might gain some amazing promotional opportunities out of it.

So, where would I like to see the NRL Grand Final played? 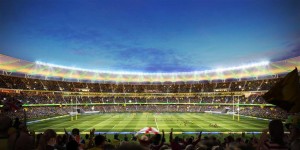 It would be incredible for the sport in WA, a perfect laughing point for a Perth NRL club, and you would also get the added bonus that the game would be played during the early evening (Due to time zone difference) to cater for the TV audience on the east coast of Australia.

Perth’s new stadium will be ready to use in 2018 and have a capacity of 60,000. For me, it would be the number of place to play an NRL Grand Final outside of Sydney but it has to coincide with a Perth expansion club kicking off the following season. 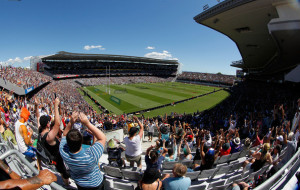 Eden Park – New Zealand
Taking the Grand Final to New Zealand would have to be on the agenda. You could spin it into an entire week of Rugby League celebration, maybe play a couple of test matches between Pacific Island nations during the week, have the Dally M awards there, get NRL clubs over there to promote the game and get registrations up for the following season, and hey, lets announce a second New Zealand NRL team while we are there. The country deserves a second team. 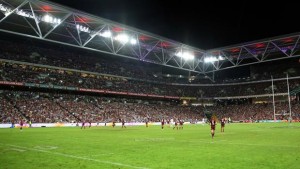 Suncorp Stadium – Queensland
It would be the easiest thing in the world to play an NRL Grand Final in Brisbane. The thing is, I’d hope the NRL does it the right way. They can’t just throw the game on. They need to create an entire week celebrating the game, and include the Gold Coast in that celebration.

It would also be the perfect way to announce a second Brisbane team was joining the competition. Can you tell I think we need to expand the competition just a bit?

Wembley Stadium
This is the extreme left field choice, but one that the NRL could turn into a real opportunity and a big money spinner if it did things right.

The game would need to kick off very early UK time, and there is the real possibility that supporters in the southern hemisphere would feel such a disconnect from the game that they don’t tune in or enjoy it as much. Still, Wembley would be an option.

I know what you’re thinking…why did I leave out Melbourne?

I simply don’t see anything extra the game would get out of playing a Grand Final in Melbourne right now. If there was the opportunity to use it to announce another expansion club, I’d be all for it. However, right now, I think playing State Of Origin games in Melbourne fulfills everything Rugby League needs in terms of playing major events down there.