After many years that have seen many people within the game of Rugby League doing everything they could to try and help Todd Carney maintain a very high paying career as a professional athlete, it is finally time for Rugby League to wish Todd Carney all the best and leave him be.

To be sacked for “appearing” to piss into your own mouth, and then goes to Bali and takes happy snaps with Schapelle Corby…you just not “get it” and you never ever will.

Todd Carney is 28 years old. There is only so much education you can give a person. There’s only so much good advice you can try and pass on. At some point a person becomes a lost cause. That isn’t to say that Todd Carney isn’t a talented footballer, because he clearly is. The problem is that he just hasn’t got the common sense to maintain a football career.

Think about that for a second…this is football. This isn’t the greatest collection of minds in the world to begin with. Think of some of the players who have had long and successful careers. Todd Carney just can’t do it!

Rugby League can’t keep “rescuing” people. There comes a point where the game has to let them go and make their own way in the world. That may seem like a tough stance to take but I think in recent weeks we have seen that the likes of Alex McKinnon and Simon Dwyer are the type of people Rugby League SHOULD be focusing on helping.

So, thanks for the memories Todd Carney. I hope you enjoy your post NRL life. 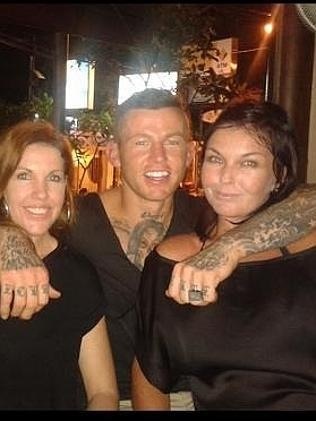