Who are the best Rugby League players in the world right now aged 23 years and under?

Rugby League has an amazing capacity for producing young talent. It is one of the great strengths of the game that it can see great players retire and bring through new superstars to replace them every single year.

On the Fergo And The Freak podcast we decided to name the best 17 players in the world right now who were 23 years and younger. It was incredible to see how much talent there was, and how many players who ere just teenagers right now had already achieved so much.

We then went back 30 years and complied a list of players from 1989 who were 23 years and younger. We found a list of future legends of the game, it was hard to leave some players out of betting apps Australia, but you shouldn’t be left out!

You can listen to the podcast by clicking below.

As part of the podcast Andrew used his site Rugby League Project to complied a list of players named in both the 2019 lineup and the 1989 lineup.

Here is how both teams line up head to head. 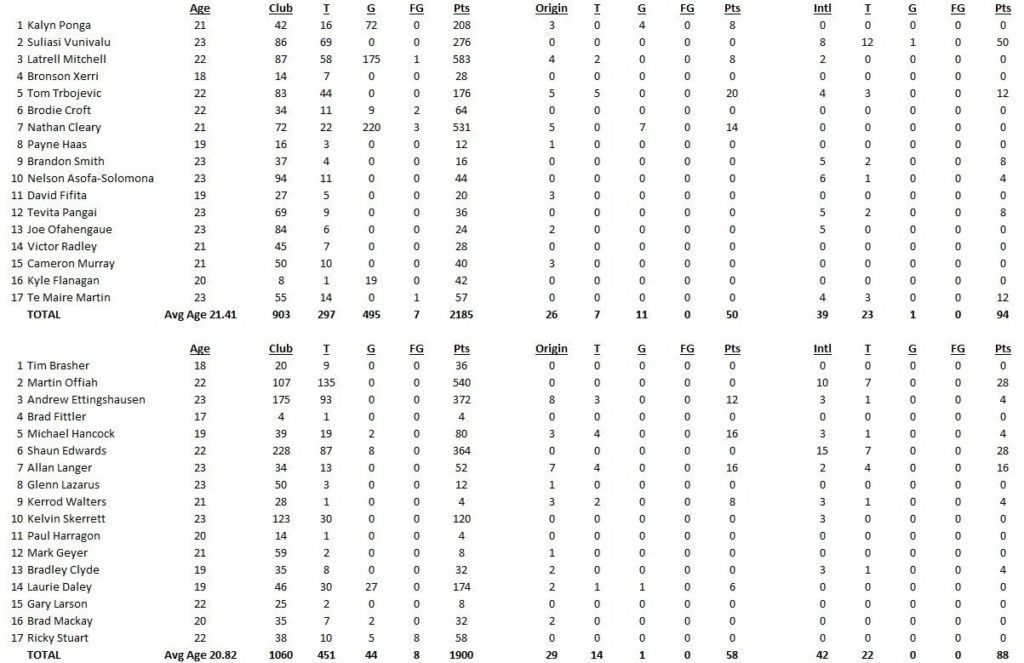 So, which team do you think is better? Feel free to leave a comment below!