News Limited is reporting that Sydney Roosters back rower Sonny Bill Williams has got married.

The headline claims Williams was married in a secret wedding to his “Muslim beauty” which to me seems like a weird way to put it if you ask me. What does her religion need to be slashed across the headlines?

That Sonny Bill Williams get get married secretly and it still end up being on the front page of the paper really backs up what I wrote early this week about the interest level in Williams life on and off the field.

The strange thing was that the article claiming no one cared about what Sonny Bill Williams does was also published in a News Limited publication.

What ever the case, congratulations to Sonny Bill Williams and his new bride. I wish them all the best. 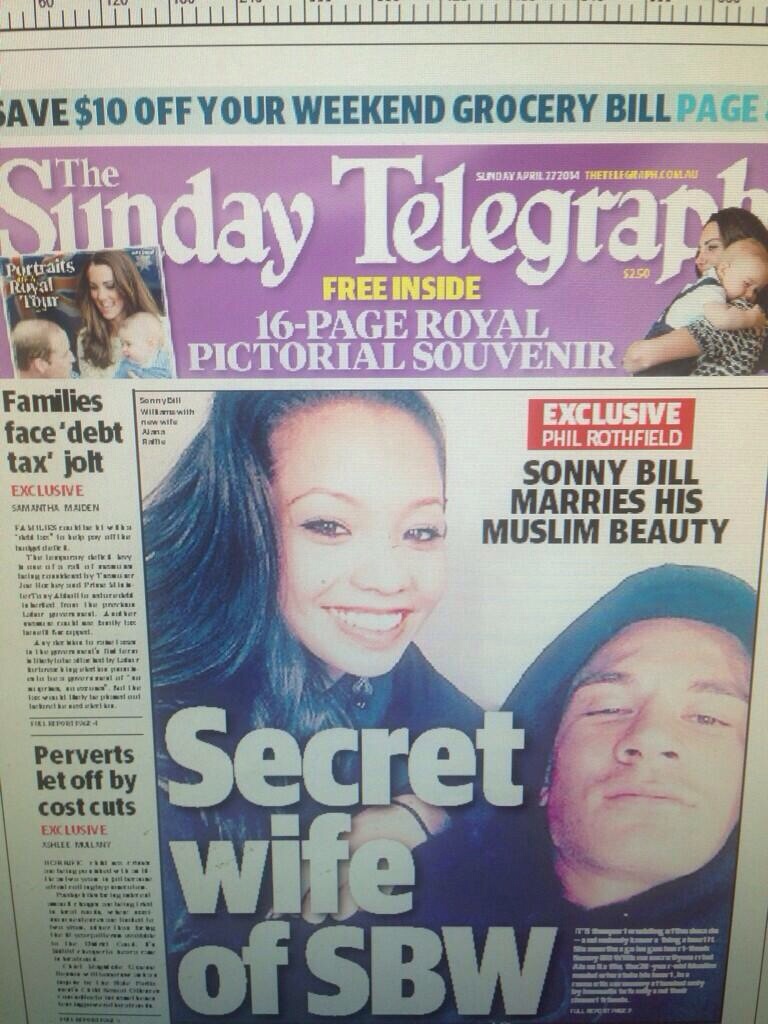