Rugby Star: The Only Video Slot Machine to Pay Tribute to the Sport 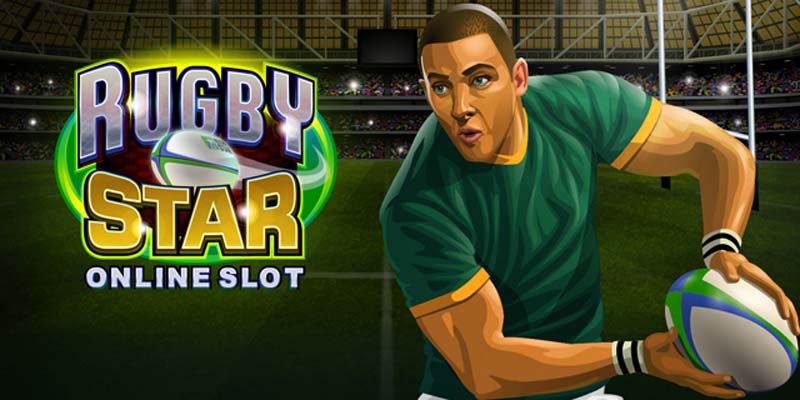 Last year was a great one for rugby fans, especially those in the UK: England hosted the 2015 Rugby World Cup. As many of you might have expected, New Zealand walked away with the Cup (again), with the All Blacks beating the Australian national team 34 to 17. The haka makes all the difference, methinks. But last year’s Rugby World Cup came with an unexpected surprise for slot machine fans, too – the release of the world’s first Rugby-inspired slot, (obviously) called Rugby Star. Today we’ll take a look at this great game, that you can play free at the Euro Palace Online Casino.

The Rugby Star online slot game is part of the successful Sports Star series of slot machines, all of them tied to major events in the world of sports. The first game in the series was Football Star, released right before the kickoff of the 2014 FIFA World Cup. Cricket Star followed, linked to the 2015 Cricket World Championship (also hosted by England), then Rugby Star came along in September, on the occasion of the 2015 Rugby World Cup.

As all other games in the Sports Star series, the Rugby Star slot game has five reels, three rows, and 243 ways to win. The looks of the game are inspired not by an individual team, but the sport itself: set against a fan-packed stadium, the game’s symbols, sounds, and animations all remind that this is a game about the “game for hooligans, played by gentlemen”. Its symbols represent players of various international teams, often in full action, but other rugby-related items, like boots, a skull-cap, and the Webb-Ellis Cup itself.

A fun collection of features

Rugby Star borrows a major element from today’s popular “reactor” games: whenever a winning combination lands on the reels, the symbols involved disappear, allowing others to fall into their place. This can trigger a cascade of wins, which is especially important during its Free Spins when it also causes the multipliers to rise (up to 10x).

During the game, one or two of the middle reels of the game will randomly turn Wild. Called the Wild Pass feature, it is also guaranteed to win, which makes it all the more attractive.

Rugby Star, as well as the rest of similar Sports Star games, are available for free play (or real money play) at the Euro Palace Online Casino. The Euro Palace is a reputable gaming destination, with tons of games for its players to explore. But it’s not the games alone that make it special – there’s also the bonuses it offers its real money players and the monthly specials that make it stand out of the crowd.

Should The Panthers Pay Up For Moylan, Or Look At The Alternatives? VIDEO: The Top 20 Most Gruesome Moments In Boxing