Josh Dugan Has Been Sacked By The Canberra Raiders

Josh Dugan has been has been sacked by the Canberra Raiders.

The Canberra Raiders held a board meeting today to discuss the future of both Josh Dugan and Blake Ferguson. It has been reported that neither player showed up to defend themselves.

After losing to the Penrith Panthers on the weekend it is like these two players went out of their way to try and destroy their careers.

On Monday the pair were reported to have not turned up to a recovery session.

Then, one of them posted this epic picture on Instagram: 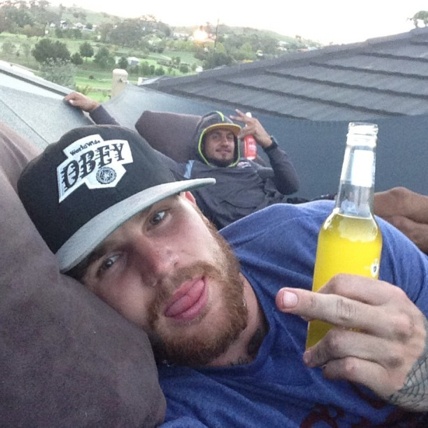 Blake Fergusons fate has yet to be revealed but I will update this page when news comes out.

Dugan should not be allowed to play in the NRL again until get goes through a counselling program.

After being sacked by the Canberra Raiders Josh Dugan should not be allowed to step back into another NRL team an penalize the Raiders for trying to uphold a standard that all players should easily adhere to.

We can’t expect players to think twice about poor behaviour if they know that they will get a second, third and fourth chance.

Update 1:19pm: Josh Massoud is reporting that Dugan will not be de-registered by the NRL. This would allow him to sign for another NRL club.

Update 1:46pm: League HQ is reporting that Blake Ferguson will not be sacked. He has instead been fined $10,000 by the club. Josh Dugans contract terminated immediately.