With all the doom and gloom engulfing the Shire club is it hard to find positives for the Sharks. What started as an encouraging season has turned as players spend more time worrying about allegations than football. As 17,500 Sharks fans cheered the team on to a moral boosting victory over the Titans the Sharks famed cheer squad The Mermaids shone bright and have continued to do so at all the Sharks home games in 2013.

Whereas the Sharks have been unable to secure that elusive first premiership, the Mermaids have long been regarded as among the best cheer squads in the league. Winning the Footy Show challenge and appearing on the show regularly as well as music videos and a variety of other television shows are just a few highlights for the squad.

At the helm if Jacqueline Doran, a member of the Rockettes and director of JDL Entertainment, Jacquie took over as coordinator for the Mermaids in 2011. The Mermaids have since increased their presence at home games, often spending most of game day with younger fans … and brothers and fathers of said kids.

Being a cheerleader in the current environment at Cronulla may not be the easiest job in the world but as seen at all of Cronulla’s home games so far this season the Mermaids, led by Jacquie have done everything in their power to lift spirits. We spoke to Jacquie about her background in dance, the Sharks in 2013, the life of a Mermaid and her future:

1. How long have you been cheering/dancing? When did decide you wanted to pursue it as a career?

I have been cheerleading for 11 years now. ( A very long time I know) I was a cheerleader on the field for 9 seasons, and I am now in my 2nd year as coordinator and choreographer of the Cronulla Sharks Mermaids Cheer squad. I realised I wanted to pursue it as a career as it was something I really enjoyed doing, and have been part of for many years, so why not continue on to see where else it can take me.

2. You’re in your second year as head choreographer and coordinator of the Cronulla Sharks cheer squad The Mermaids, how are you enjoying it so far?

I am in my 2nd year as choreographer, and I love every minute of it. The squad I get to work with each week is so talented and they keep me on my toes which is awesome and I make sure I do the same for them. 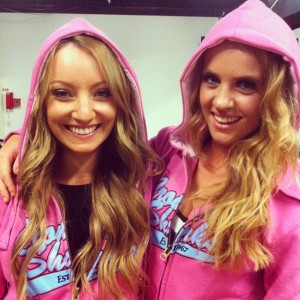 3. What does a typical week for the Mermaids entail?

A typical week for the mermaids, entails Monday nights, training, fitness and learning new choreography. We arrive at rehearsals, have a chat and a brief about what we will be doing that night and also what is planned for that week if they have appearances to attend to. We rehearse or learn new chorey that night and basically just dance our butts off. We do fitness training during the week to stay fit, we’re always busy doing something, whether it is rehearsing, photo shoots, appearances or at channel 9 working with the guys at the footy show.

4. Are you involved anywhere else in the industry? Are you still cheering for the Kings?

I am constantly involved in the industry, working on gigs, shoots, or teaching. I try and stay busy, and no day is ever the same. I no longer dance for the Sydney Kings, as it clashed with my other work and commitments, however I took a squad of dancers down to Wollongong to cheerlead for the Wollongong hawks a couple of times which was fantastic, so keep your eyes peeled for us next season down there. 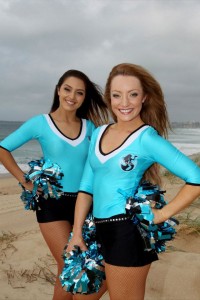 5. For young girls and boys out there looking to learn how to dance, how would you recommend they start?

I would recommend they go along to a few classes, try them out, and see which styles they enjoy.

6. How do you think the Sharks will go this year? Is this the year?

I’m really confident in the team this season, we’ve got some outstanding players and I think they will have a terrific season. 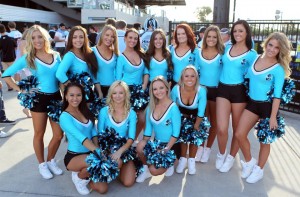 7. Can you describe the game day experience? Do you notice the crowd?

The game day experience can be overwhelming at times, and very exciting. The game day schedule is literally run by the second and you need to be on the ball and know what’s going on at all times. I have the Mermaids arrive for an on field rehearsal before the gates open. We then move to the back training fields to continue rehearsing and blocking routines, organise sideline and have a briefing on what is happening at that game. The cheerleaders are performing constantly throughout the entire game, which includes, 2 Run outs, 1 huge routine and sidelines. I defiantly notice the crowd, it’s very hard not to when we have such fantastic supporters out there at every game.

8. You’re a big Sharks fan yes? Do you try not to get caught up in the game or does it add to the enjoyment?

I am a huge Sharks fan, and I do get caught in the game, as do the rest of the Mermaids. We’re out there to support our team 110% and we get right into the game. 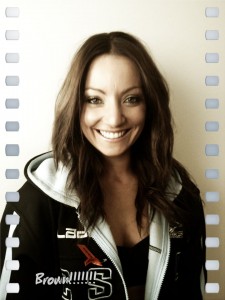 9. Last year the Mermaids were featured on both the footy show and in Lee Kernaghan’s film clip amongst other things, do you enjoy the outside opportunities?

Last season, we worked on the Footy Show quite a bit, we performed on their Thursday night show throughout the season, and we also performed at their end of season show at All Phones Arena for their players revue, which I got to choreograph and we had an absolute ball.

Plans for the future, is to continue building The Mermaids brand, and do as much as I can for them. My personal plans, are to continue choreographing and building my entertainment company, and hopefully get into the sports side of Tv Presenting.

You’ve probably seen Jacquie on the Footy Show where she will continue to appear. Follow Jacquie (@JacquelineDoran) and the Mermaids (@Sharks_Mermaids) on twitter for up to date appearances, photos etc.

England Beat The Exiles In A Terrible Game Of Rugby League Sam Tomkins Attacks Super League Imports But Is Missing An Important Point...