2022 is expected to be a more permissive year for football fans. The pandemic required changes in the football events calendar. Also, it should be one of the best years for football because fans will enjoy the games at the new and modern stadiums. Supporters can already buy tickets for their favourite competitions. Here are the latest Infos on 2022 football
major events in the world!

2022 sports events will debut with the 33rd Africa Cup of Nations. The African football competition was rescheduled to take place from 9 January to 6 February 2022, in Cameroon. A change of host nation had previously been discussed after the Omnicron variant could cause another rethink for the CAF.
The tournament was already postponed from June and July 2021 due to unfavourable climatic conditions. The opening match will take place between host Cameroon and Burkina Faso. Africa Cup of Nations’ star is Mo Salah, the leader of the Egyptian National Football Team, also Liverpool’s best striker.
The African Cup of Nations will take place under Covid-19 entry rules. Indian fans that are planning on travelling to AFCON for the tournament should know they are advised to avoid all but essential travel in Cameroon. Therefore, it is better to watch football matches on TV. Supporters can bet on the score using online gambling India, the sports section. If you want to buy a ticket for AFCON you have to be fully vaccinated and must present a negative Covid-9 test. 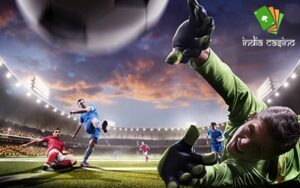 The UEFA Champions League is the most important sporting competition in Europe. Football has by far the most passionate supporters. UEFA Champions League Final is the most anticipated sporting event for 2022. It is the 67th season of Europe’s premier club football tournament.
The final game is scheduled for 28 May 2022, for the first time, at Saint Petersburg’s Gazprom Arena, in Russia. It will be the third major UEFA club final played in Russia.
The arena has a capacity of 68.000 and can host events any time of the year, due to the sliding roof. The interior size of the arena is 262.000 square metres, and a spaceship shape. The final was originally scheduled to be played in Munich, Germany. Due to the postponement of the 2020 final, all final hosts were shifted back a year. So, the 2023 final will take place at the Football Arena Munich. The winners will play against the winners of the 2021–22 UEFA EuropaLeague in the 2022
UEFA. Super Cup.
Tickets are available online, and some Travel agencies can book you a regular ticket along with a hotel room. You can choose the seating category and the tickets will be delivered online, as mobile tickets. You can optionally pay for Covid Insurance and a hotel. The ticket price is €1599.

The Middle East and Arab World will host their first FIFA World Cup, on 21 November 2022. The world’s best national teams will meet in Qatar. Fans will have the opportunity to attend more than one match per day during the group stage. The football matches will take place in eight stadiums. Three of them are brand new state-of-the-art venues:
Oceania Football Confederation (OFC) preliminary competition to be played in Qatar from 14 to 30 March 202, in a mini-tournament format featuring eight teams. Mini-tournament consists of a round-robin group stage, semi-finals, and the final. The two group winners and the two group runners-up will qualify for the semi-finals. The final will determine the OFC representative in the FIFA intercontinental play-offs in June 2022.

Super Bowl 2022 will take place on February 13. SoFi Stadium in Inglewood, California will stage the competition games. The NFL adopted a new 17-game schedule this season. The competition will be televised by NBC.
Super Bowl is not just a sporting competition, it is also a music performance. Dr. Dre, Snoop Dogg, Eminem, Mary J. Blige, and Kendrick Lamar will perform at the 2022 Super Bowl halftime show. On-Location is the only one to offer access to premium tickets, exact seat locations, and all-inclusive pregame experiences. If you want a ticket for the Super Bowl you have to know the price is starting at $6300. 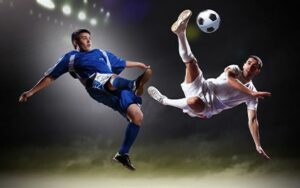 Conclusion
2022 is announced to be an interesting year for football competitions around the world. It will also be the year of first performances on some famous, new and modern venues. These football events are not just about the competition itself, it is about rebonding and discovering some extraordinary places around the world.

Podcast: Fergo and The Freak - Episode 369 - The 2021 King Of Rugby League Awards Penrith Panthers To Get A Brand New Stadium - Opening In 2025