Bradford Bulls player Chev Walker has posted a graphic image on Twitter of a hand injury he sustained during the Bulls 52-26 loss to the Huddersfield Giants.

Walker tweeted: “Well after doing this in the game on Sunday, I thought I was gonna be having an op but just been told doesn’t need it”. 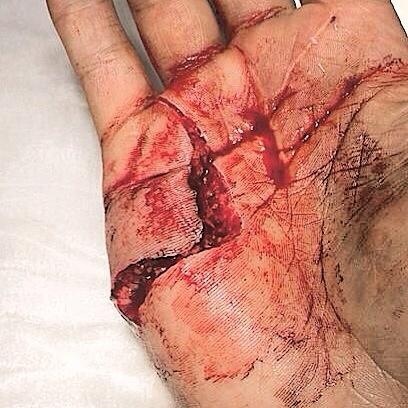 If I had a gash like that in my right hand I wouldn’t know whether to stitch it, or fuck it!