You have to give credit to the Leeds Rhinos marketing department. They saw an opportunity to make some money by releasing a tribute jersey commemorating the best player in the world in 2012.

I have to say that it is a credit to the club to show such humility. To recognize their true standing in the game. To give their own fans the chance to own a piece of history. Something they can hand down to their soap dodging grandchildren.

Here is a look at the commemorative jersey the Leeds Rhinos Rugby League clubs are releasing to honour the best Rugby League player in the world: 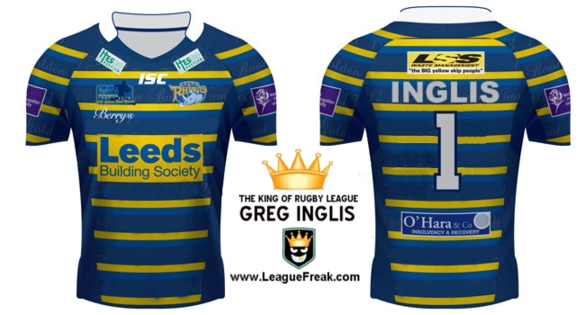 Needless to say, I think it looks glorious!!!

Mal Meninga Showed A Lack Of Judgement.... Which One Does More Damage, On Field Or Off Field Incidents?