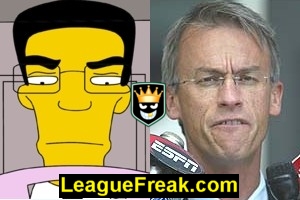 Have you ever had a mortal enemy? If your Homer Simpson or a Canterbury Bulldogs fan, this ones for you! 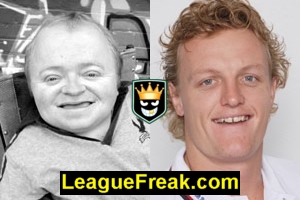 One cant get on TV since A Current Affair, the other couldn’t get into the NSW State Of Origin side. The big difference here is, Quentin had the tallent….Ryan on the other hand….. 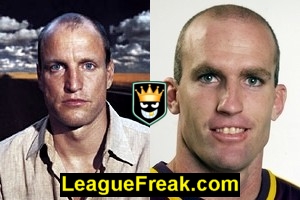 Yes, I know he is officially “The Love Child” but Scott Minto is the spitting image of Woody Harrelson. 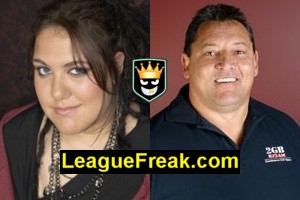 A former international prop forwards and someone that just looks like a footballer. Neither of them can sing but at least Blocker has a career! 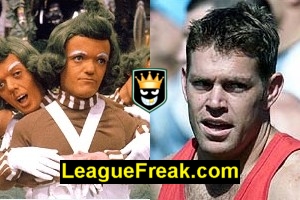 “What do you get if you cross a footy, with a man who is four foot three?” 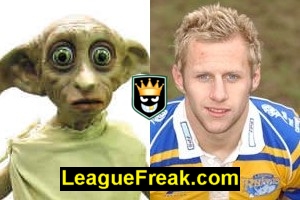 One is two feet tall and wears a bag all day. The other is a fictional character out of the Harry Potter movies. 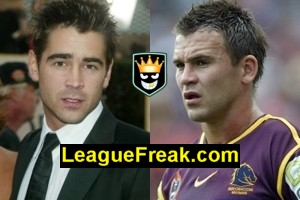 A couple of deadset brain surgeons here. These two not only look the same, but they keep getting gigs despite poor form! 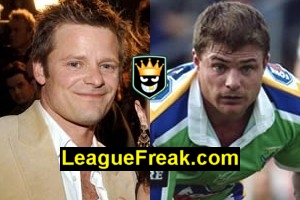 With the way Woolford says the NRL judiciary is too tough on him while keeping a straight face…..I have him down as the better actor.

Luke Rooney vs A Camel 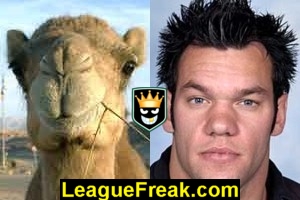 Look, at some point I draw the line. You people a f***ing sick! 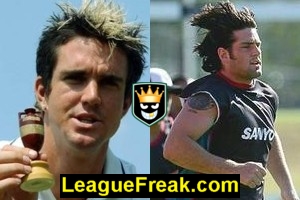 Pieterson looks like Joel Clinton but 50 kilos lighter and he had a smaller head. Hope he enjoyed holding that urn because he’ll never see it again! 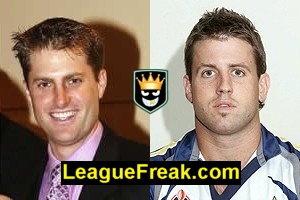 Another Cricket cross over, this time and Aussie Cricket player and a Queensland center. Whats the deal with Josh’s picture though? “Look at the camera and say your car has just been fire bombed!” 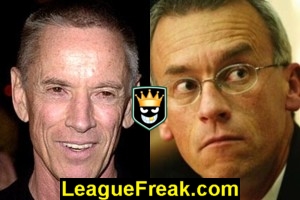 Its not easy running the NRL. Its also no easy working out whether a Russian Submarine commander is going to defect and hand over a typhoon class ballistic submarine with a new top secret silent propulsion system on board. Still…I think running the NRL is probably slightly more difficult.