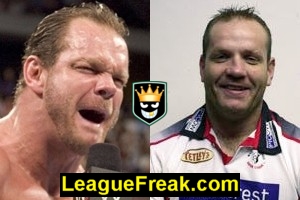 The Wolverine and….a guy that played for Wigan and Widnes. 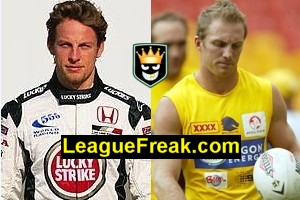 One of the very best in the world…..and Jenson Button. Unlike Button Lockyer has results on the board and he lets his performances do the talking. 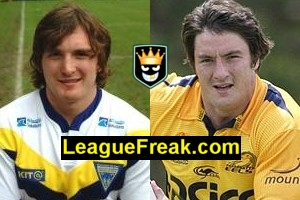 This is one of the best one’s you will find. An international Rugby League superstar vs so bloke from Northern England. 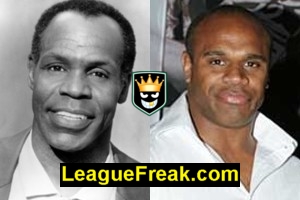 I’m too old for this shit! A look-alike that even the Panthers players see. At training they call Rhy’s “Murtagh”. Classic stuff! 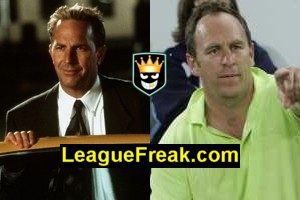 A former Penrith great and coach of the Gold Coast. Costner meanwhile is one of Hollywood’s best actors…..who probably also owns the biggest flops in history with Water World and The Postman. 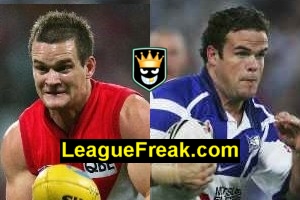 This one was sent in by Dave. I don’t know this AFL player, but deadset what type of name in Amon? 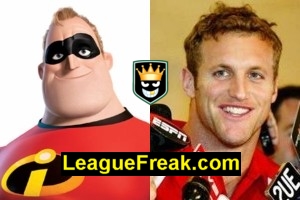 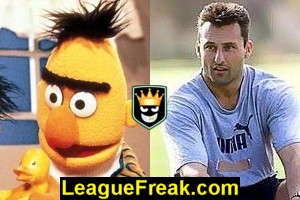 One of Australia’s greatest ever players and an evil, evil puppet.

Paul Langmack vs A Horse 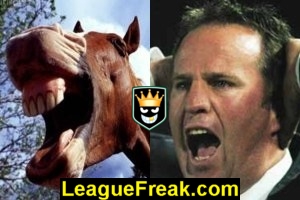 Good old Horse Head. He couldn’t coach to save his life, but look on the bright side…..hang on…..there isn’t one! 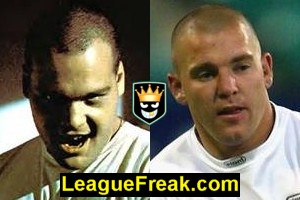 One is a fat guy who goes crazy and kills his Senior Drill Instructor and Himself. The other is crazy and just kills Queenslanders, Poms and Kiwis. 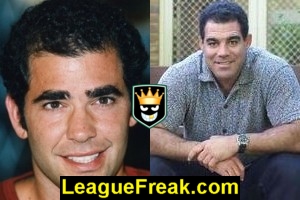 One of my all time favorites and two greats of their respective sports. 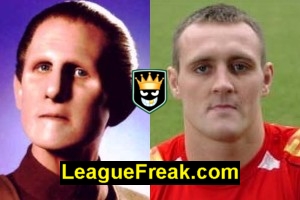