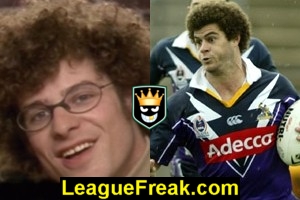 Here we have the creator of South Park….and a NSW Winger. Not bad at all…. 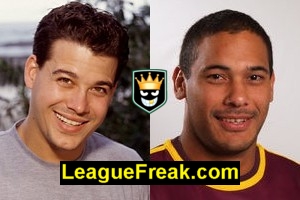 Ah, Survivor All Stars….the last time anyone ever actually watched Survivor. Boston Rob was really crafty and he got robbed of $1,000,000 people people didn’t like him. Still, he probably had more fans than Justin Hodges did while he was a Sydney Rooster! 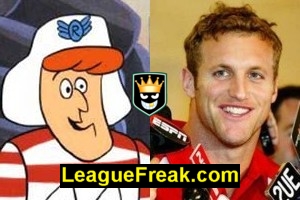 Another to add to the classics pile. Any child of the early 1980’s would have noticed this one long ago!

Steve Renouf vs The Incredible Hulk 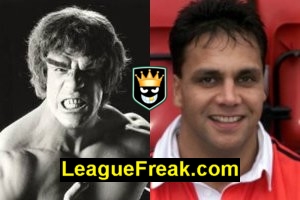 Not the movie, the TV show that had Lou Ferrigno as the pissed off green bloke! How good was Renouf by the way! One of my favorite players of all time! 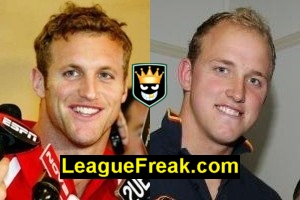 Its bad enough he played for Wigan, but geez, looking like “Fire Up” must be a hard way to go through life.

Luke Robinson vs The Churchill InsuranceDog 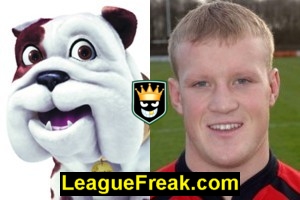 When someone sent me this look-alike all I could say was “Oooooooooooh Yes!”. 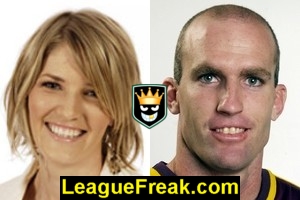 I still have people who are waiting for the resident house Mormon to come out and say she is actually a man. What ever the case, I think she is let out on weekends to play on the wing for the Cowboys. 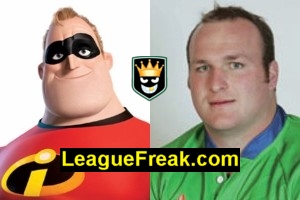 Both of them have heads that look like a block of wood. If only Weyman could get some luck with injuries! 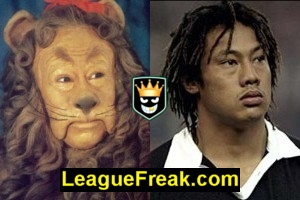 Sure its not really a Rugby League look-alike, but he did play Rugby league as a junior and any excuse to bag a union player can not be missed! 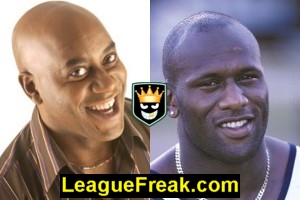 Ummm….someone tell him not to use so much baking soda! What? Oh….oh….I see….