The Rugby League World 9’s kick off on Friday evening at Bankwest Stadium where 12 teams from around the world will play off for the right to win the first ever Rugby League 9’s World Cup!

You can see the official squad lists for all 12 teams by CLICKING HERE.

Below is the complete draw with kickoff times included. 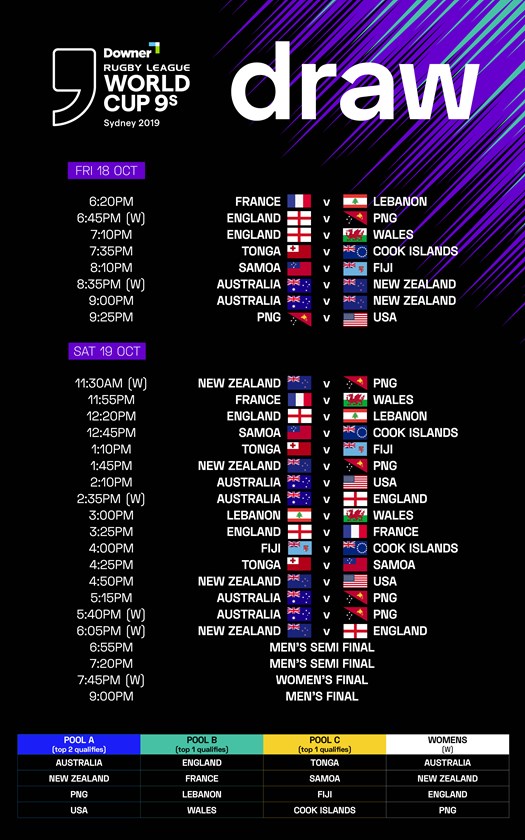 This is the way the groups look.