In an extremely surprising announcement, there will be an official 2013 Rugby League World Cup video game released on Xbox 360 and Playstation 3.

The game will be released on November 21st and is available for pre orders NOW!

This news has come out of the blue. I’ve not heard a single thing about this game being in development until its announcement.

Here is a look at the box art for the game: 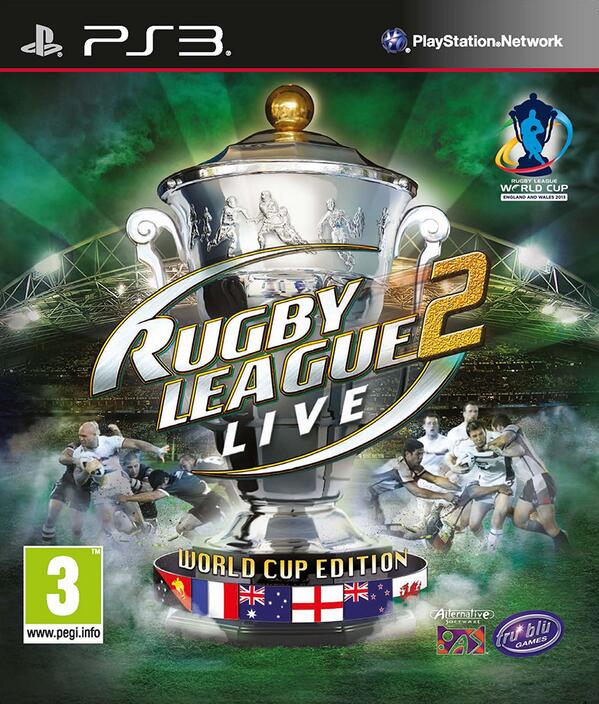 The official press release for the game reads:
——————–
Rugby League fans can now celebrate the largest Rugby League event on the planet with the official and exclusive licensed video game for Rugby League World Cup 2013.

Experience all the emotion and passion of the world’s fiercest national rivalries as you lead your nation to glory at RLWC2013 in ‘Rugby League Live 2 – World Cup Edition’.

Experience System: Earn badges and experience both online and off to rise to the top of the leader-boards.

Create, Customise and Share: Players and teams in Footy Factory.

Competitive or Co-operative: Multiplayer matches with up to 8 players (4-a-side) online.

If I can get my hands on a copy I will preview the game. It will be interesting to see if they have made any updates to the graphics and in game mechanics.

Hopefully its a good one!