FIRFL – Rugby League Is A Big Hit in Kenya

The Italians (FIRFL) have rated their recent pioneering Kenyan International Tour “a great experience” and “a good test for our growth”, commented the National Rugby League Technical Commissioner Tyrone Sterry after the international match last Friday against Kenya. The match, played at Watamu in front of around five thousand enthusiastic and warm spectators, saw the Africans take the victory for 34-24: for the home team tries went to 2 for Otieno and Shibadu and one to Hassam, Mose and Kisaka with three conversions to Limo. For the Azzurri, instead, the try scorers were Massafra, Bianco, Maionchi, D’Aquila and Staccone with two conversions to Ippoliti. 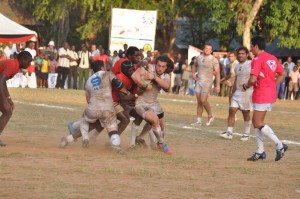 “Kenya is a great formation with great technical growth and tactics – said Sterry – as you can see from the progress achieved in rugby union and rugby 7’s. The Africans have great physicality, as it was easily imaginable, but our guys gave their maximum effort with managing to make good tackles. Among other things, given the player commitments in Serie A (rugby union) and Eccellenza (pro), we had a slightly altered team, but this international has better served to understand the level of many of our guys, and we’re satisfied with what we saw.”

“The technical aspect of the African trip was as important as the social aspect. There was a wonderful atmosphere at the playing field – confirms Sterry – and I have to thank the local authorities for the hospitality we had received, which the Federazione Italiana Rugby Football League thought was perfect organisation of the event and the trip. These are things that are very good for the growth of our movement, but are not limited to: I think that everyone of us will feel this was something special after this experience in Kenya, in a charming place and having contact with a population with so many problems, but are very generous. ”

Today, the Azzurri group will return to Italy after all kinds of aid was given to the Watamu orphanages: adding value to a trip that is really, unforgettable for all the Federleague movement.

The following is the highlights and news coverage from major national tv company Kenya Citizens TV: https://www.youtube.com/watch?v=PsKtAfLeOUg – see the talent for yourself! 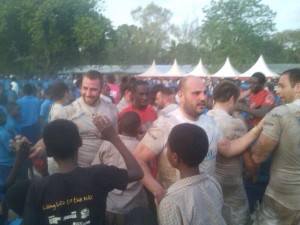 Kieran Foran Believes Mitchell Pearce Will Become One Of The Best Halfbacks In The World Daniel Nichols - NRL Power Rankings: Round 3